“I’ve pursued my passion full throttle and was able to build my resume doing exactly what I want to do. I never stopped looking for chances to learn and do more. Young girls heading into adulthood can benefit from the experiences of someone who was once in their shoes.” 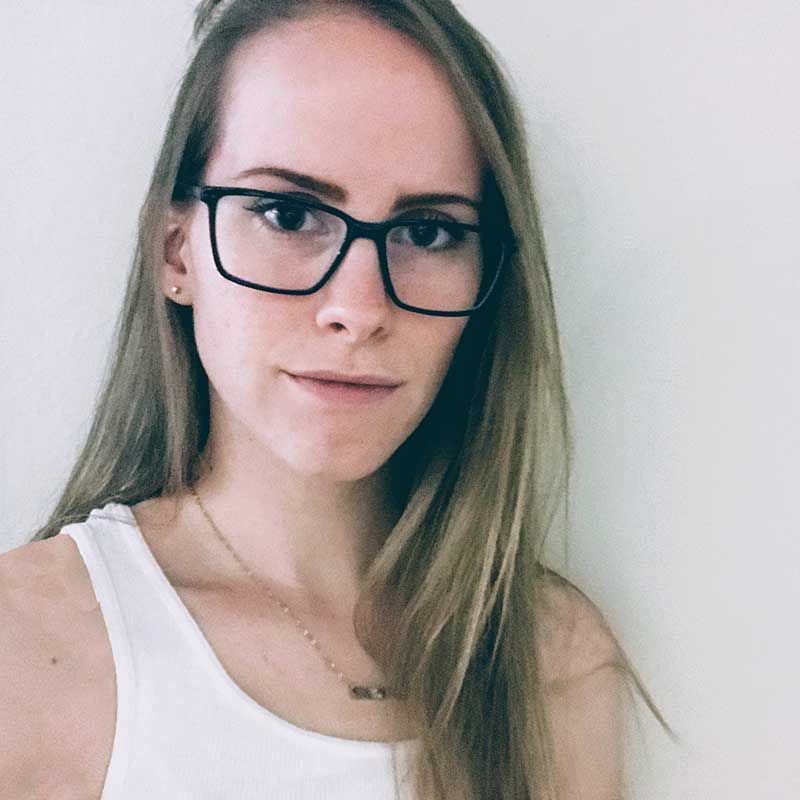 Kristen’s borderline unhealthy obsession with all things automotive manifested itself when she was knee high to a grasshopper handing tools to her colorfully cursing sailor of a father under one of his many 70’s Chevy Nova’s. Soon after, she was promoted from Tool Monkey to Apprentice, and learning about cars became more of a hands-on experience. Auto mechanics was her first true love. Since being married to her husband, who also happens to be a professional mechanic, she’s done a lot of work with him on his 1961 MG Midget.

As her education furthered, she discovered a few more things to obsess over: writing and photography. As an avid reader of several automotive magazines and watcher of Top Gear, the idea of pursuing automotive journalism struck her like lightning. Originally, Finely sought to spend her adulthood as a professional mechanic, but threw those dreams to the wind after facing sexism and harassment in high school auto tech. Now, she keeps mechanics as a hobby. Hence her workings with Athena–she hopes to be the support she wished she had during that time.

Then California State University, Monterey Bay (CSUMB) came into the picture. There, she pitched the idea of making an automotive section to the newspaper team with the idea of creating content appealing to those who wanted to take care of their car on a tight budget. Soon after, the articles about camping and off-roading respectfully (and locally), buying used cars, and vehicular safety became weekly additions. Finley regards this as one her greatest achievements, and biggest first steps to her journalistic career. Post graduation, she earned a job as a Communications Coordinator for WeatherTech Raceway Laguna Seca–the track she spent her junior year of college as a media center intern.
She also runs a trail review blog, and a well-followed dedicated Instagram page for her Subaru Forester (named Penelope Cruise) and the muddy adventures that follow suit. Since adding a 1996 Land Rover Discovery to her trove of cars, she’s also posted a lot of Randy the Landy, too.

When she’s not wrenching with her husband or writing an article for her freelance job, she’s working closely with Loxley Browne of Athena Racing. Since being introduced to Loxley, she’s has been featured on TODAY, and was fortunate enough to conduct interviews with Corrina Graff of Netflix’s Hyperdrive, and female racing powerhouses such as Hannah Grisham and Stephanie Cemo.

As far as photography is concerned, she’s had several features of her works on Laguna Seca’s social media pages, as well as Vintage Motorsports Magazine. As a student, she’s also taken home a third place award for Best Inside Newspaper Spread for an original photo and story at the CCMA’s. Finley is very eager to see which directions she’s able to help steer Athena Racing with her skills in editing, writing, self-marketing, and social media analysis and management. 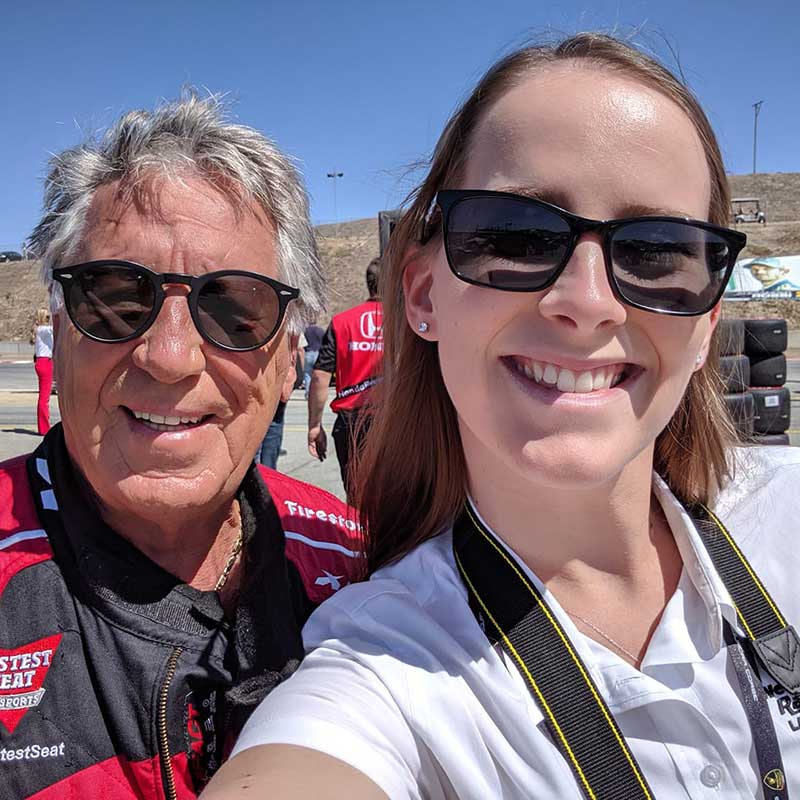 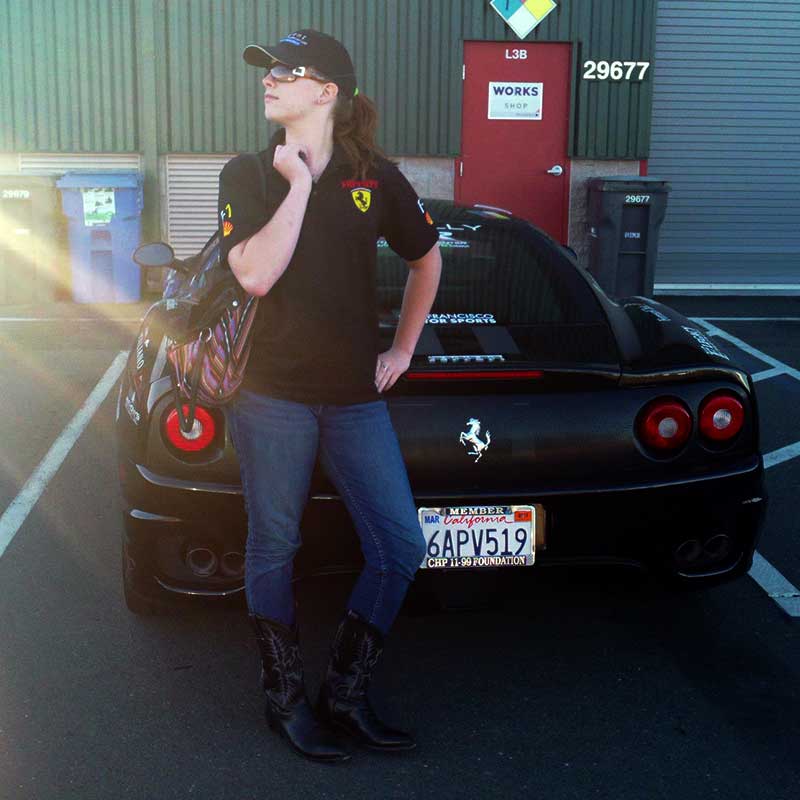 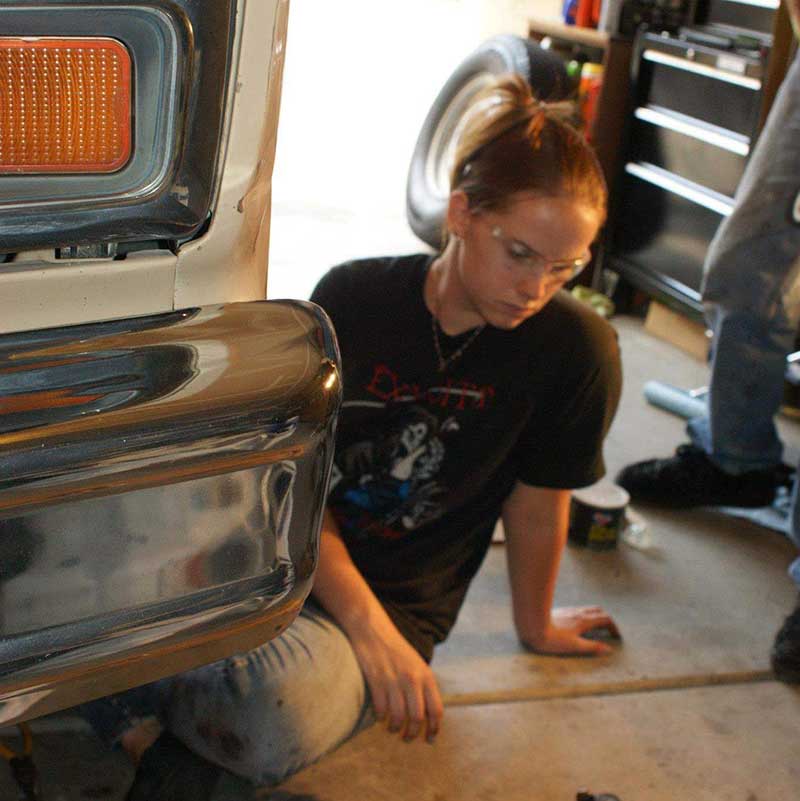 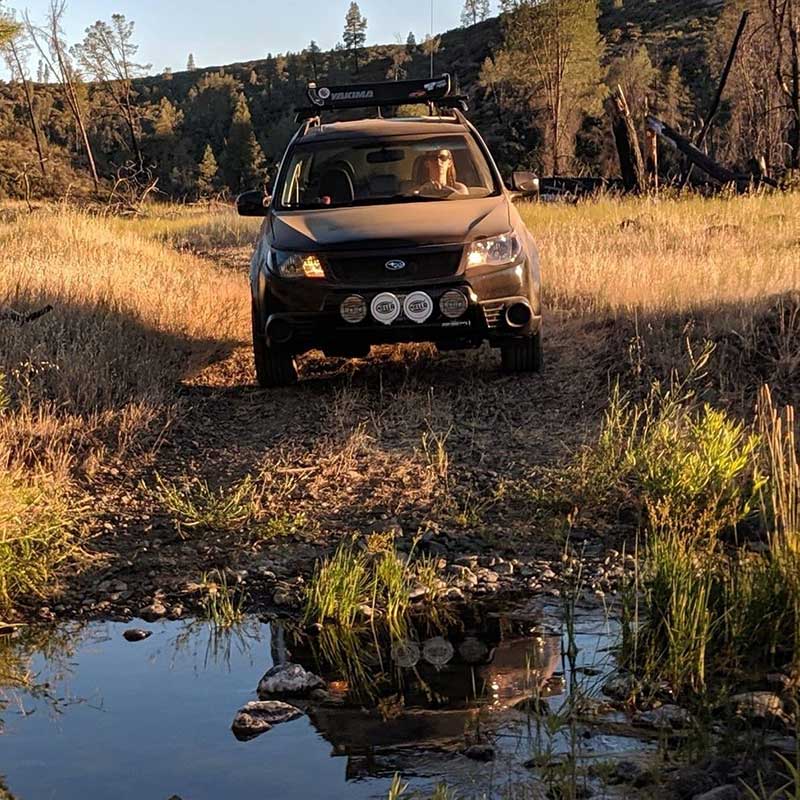 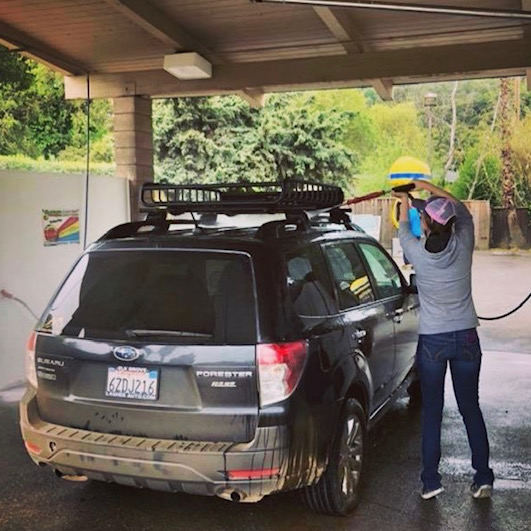 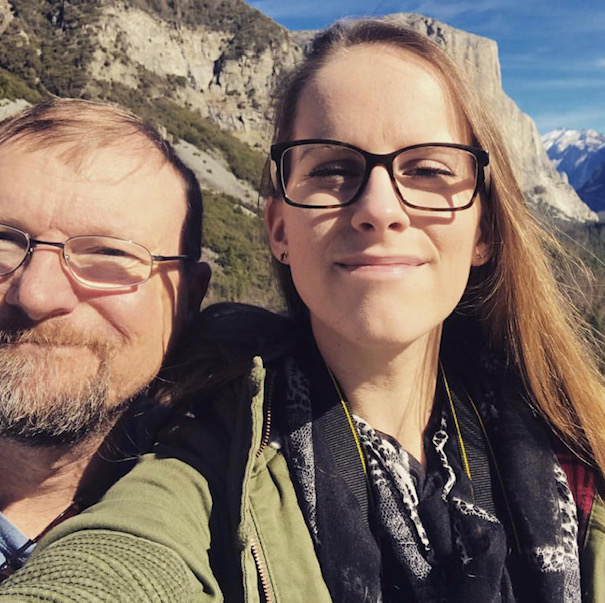 I know what it’s like to have your gender tell the world you’re less capable than the boy sitting next to you. Having a supportive circle of women who understand the sexist nature of the automotive industry would have saved me in high school. So, if I can be the same for the young women of Athena Racing, I’ll at least be part of that circle for them.

Helping my husband Ben finish up the Midget he’s had sitting in his garage for over 10 years. Is that an accomplishment to me? Yes! Is it cool knowing I helped him? Yes, I had a lot of pride for being the motivator and the helping hand. I did a lot of bodywork for that old girl.