“It is an honor to be a part of Athena Racing, as I know first-hand what early career development can mean to future successes.  Today’s youth are our future, and I take pride in knowing my vast experience can be passed on so others can enjoy life in a STEM-related field.” 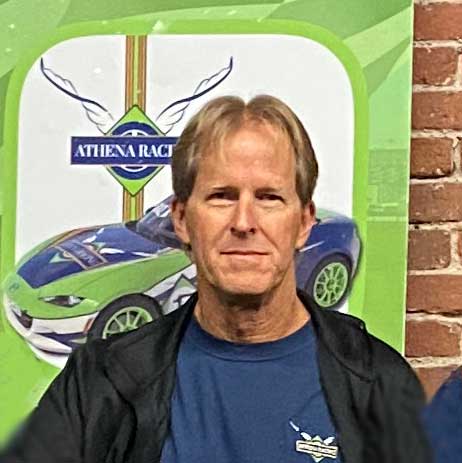 John started his auto racing career after several years racing windsurfers and large racing yachts.  One day, after driving past a local autocross, he decided to stop in and take a few laps.  This hit the spot, and after a few more laps in a car equipped with race tires, the hook was set.  A trip straight to the dealer to get out of his ’72 Ford Pinto and into something more race-worthy, and a passion that started 35 years ago continues to this day.

Pushing the limits of all things mechanical started at age 7, when he began disassembling bikes, clocks, radios, you name it.  He had to know what made these things tick, and how they could be made better.  His father was a sailmaker for racing and cruising sailboats and encouraged him to continuously improve.  So, after working in his father’s sail loft he eventually moved to a much larger company, where he met Bill Slyne, someone who would take his passion for all things mechanical and turn it into a career. John’s office was located next to Bill’s, and while a prototype laser was being developed for cutting sail panels, the offer was presented to assist in building 24 of these state-of-the-art CNC cutters.  During that time John made many improvements to increase reliability as these systems needed to run 18 hours a day up to 7 days a week.  This position gave John the resources to spend more time at the track, running events in San Diego, Phoenix, Los Angeles, and Tucson.

John’s first racecar was an ’85 Honda CRX Si, an amazing little pocket rocket that dropped right into the racing scene in both autocross and road race.  In a short time, he was winning many regional races and headed to Kansas to run at the SCCA National Championships.  This resulted in a 27th place finish out of 54 cars in the class.  After some head-scratching, and aligning with another local driver Neil Kuhns, the two purchased an ’85 Toyota MR2, a G-Analyst and a video camera.  32 weekends were run that year and John moved up to 9th, with every lap better than the next.  During this time, many trips were taken to tracks such as Willow Springs and Riverside Raceway, always using this seat time to improve.

Fast forward to 1991.  After winning several Pro Solo west coast events, enough points were acquired to take the Pro Solo National Championship.  The following year, John’s co-driver took the National title with John a close second. With podium finishes in ’93, ’94 (missing the win by .012 seconds), and ’95, The ’96 Solo 2 Nationals finally gave him the win he was looking for.

John continues to work in mechanical engineering, focusing on design and build of medical devices, and the automation to build them, as well as professional driving, automotive product training and crushing it on the volleyball courts and ski slopes.  And with empathy for those less fortunate, John volunteers for Greyhound rescue, actively finding homes for retired racers as well as Project Mercy building homes in impoverished areas of Baja. 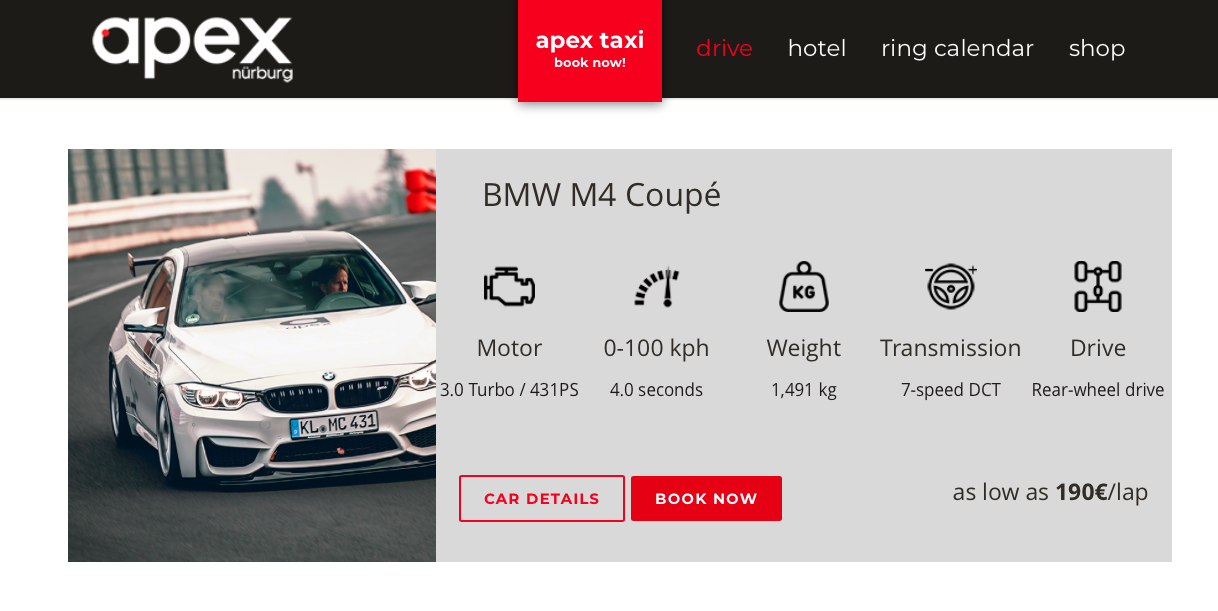 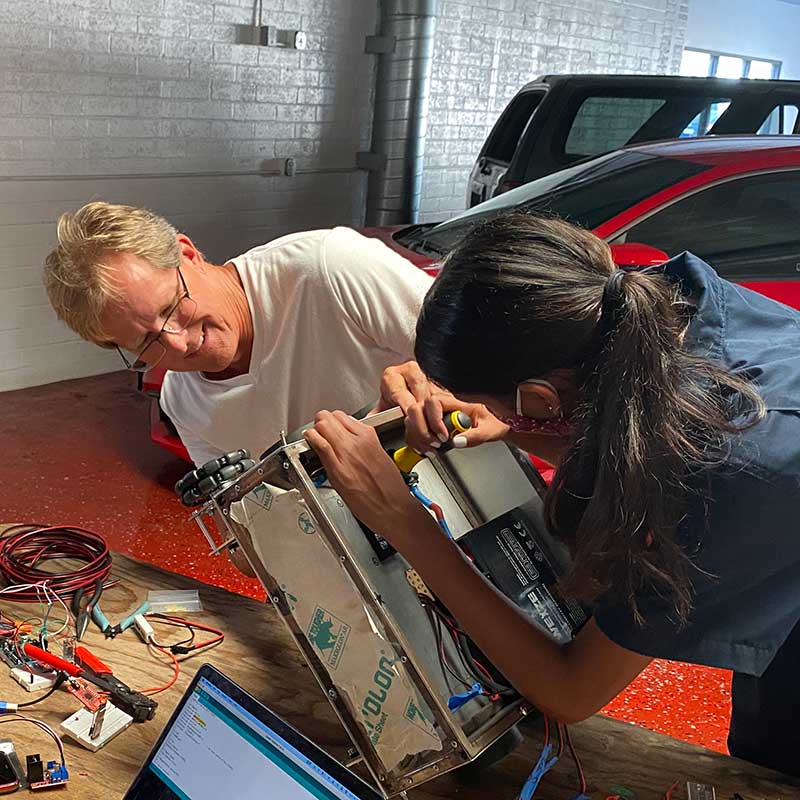 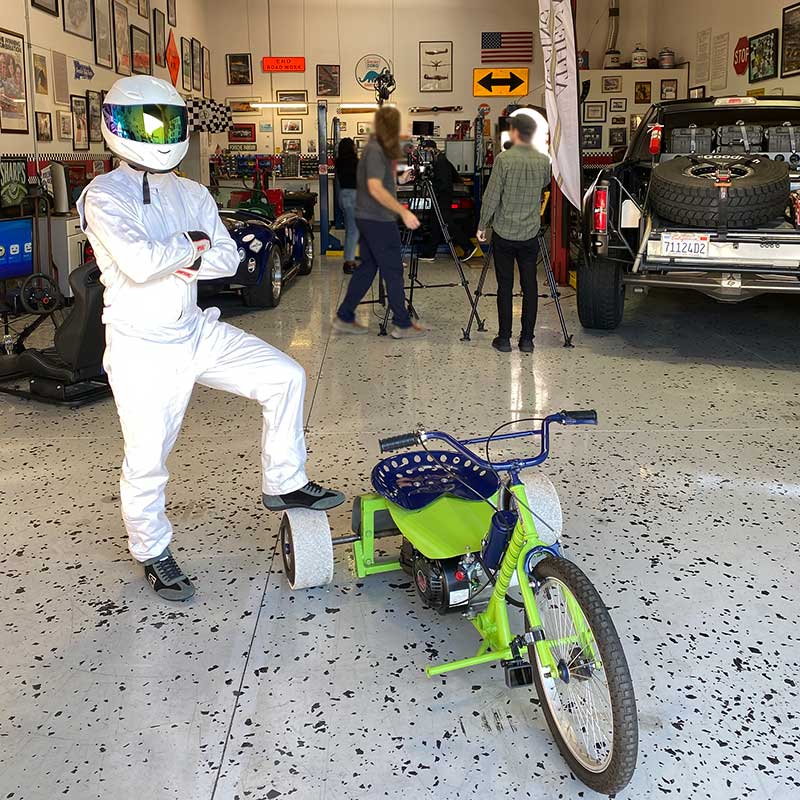 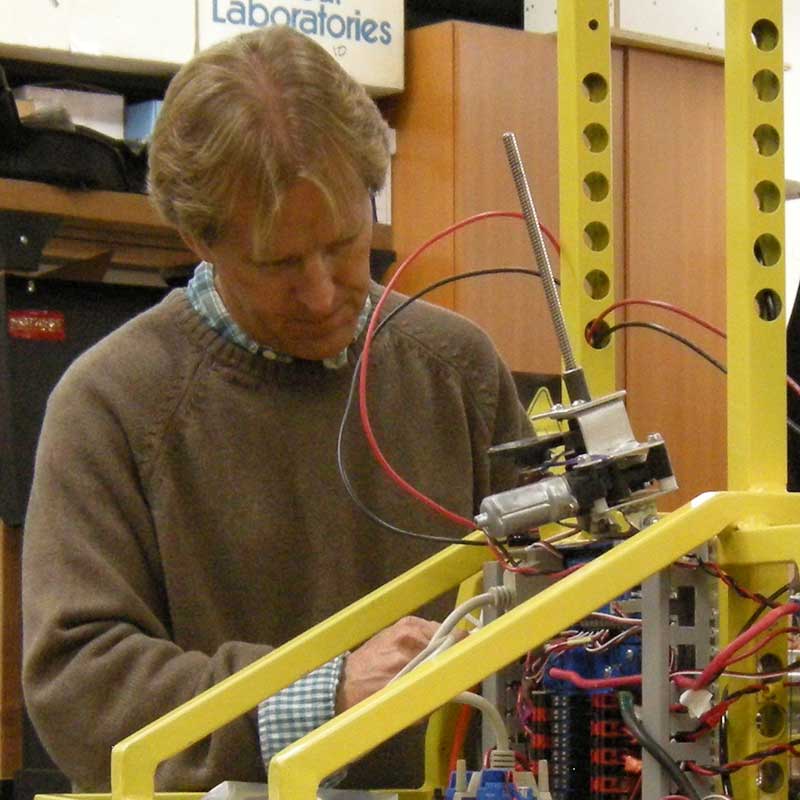 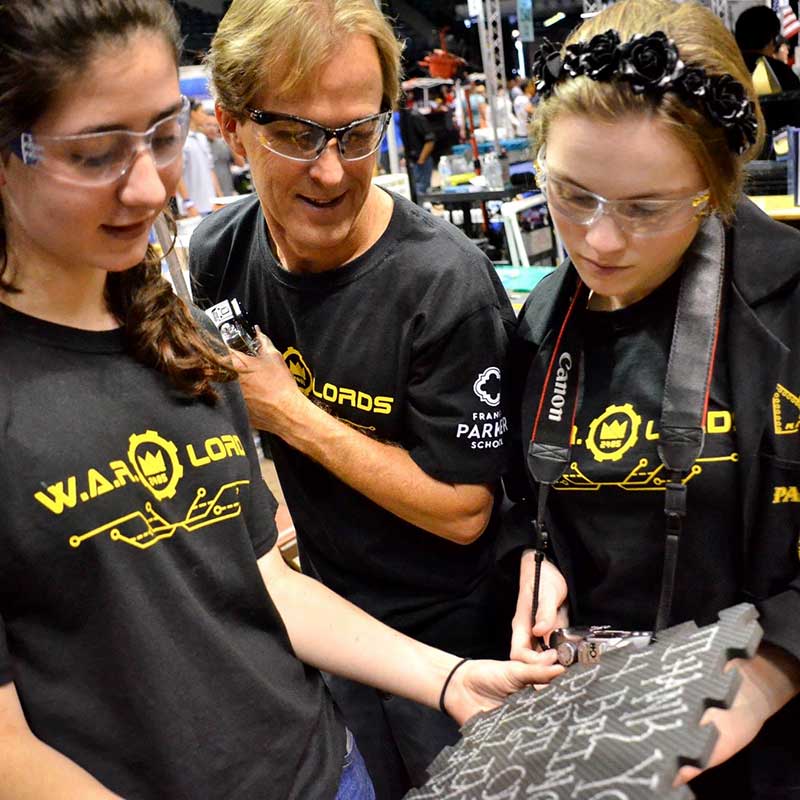 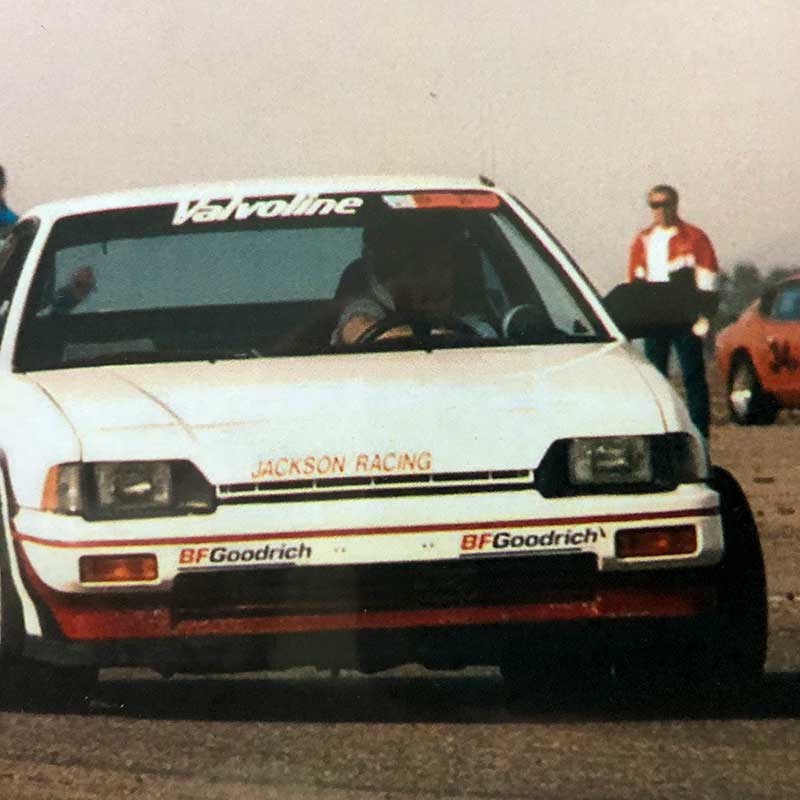 John’s involvement in STEM started when his oldest son joined FIRST Robotics at Francis Parker High School.  The team was going into their third year when the Hayes’ joined, with John as Mentor for the mechanical team.  By the time they joined, the team had gone from a rookie development team to having some moderate success.  Within two years, the robotics team had grown to become larger than the school’s football team and went on to two consecutive qualifications to the world championships by winning regional events, and at one point the team was rated as one of the top ten teams in the world. Numerous engineering awards were won along the way, primarily driven by being the only team in the world using custom carbon fiber to solve strength and weight challenges.  The W.A.R. Lords (We Are Robot Lords, Team 2485) helped many start-up teams by mentoring and coaching from Lego robots (K-6) through FTC and FRC.  This was certainly John’s highlight as both a mentor and as a parent.

From designing the world’s first sequential shifter (AJ Speedshift) to designing and building the world’s largest plotter, his innovations have touched many industries.  At age 20, he developed a system for reinforcing yacht sails reducing cost and improving product effectiveness. This system can be found on sails throughout the world today.  With many years served in the medical device industry, John is currently listed as co-designer on a Dexcom patent for his work in developing the next generation of continuous glucose monitors (CGM), to help diabetics manage their disease.  John also developed the Infiniti Analyzer for high-speed DNA sequencing.

Starting straight out of high school, John’s career has taken him down several paths due to his passion for mechanical engineering and auto racing.  After moving from yacht sail to laser cutters, his racing allowed him to work as a professional driver for Ride-and-Drives, automotive testing, commercials and as a subject matter expert (SME).  In 1999, John created Hayes Engineering to work on multiple projects spanning nearly a dozen industries.  John is also Co-Founder of ALU Design, whose products were developed to be the highest quality sports memorabilia displays on the market. 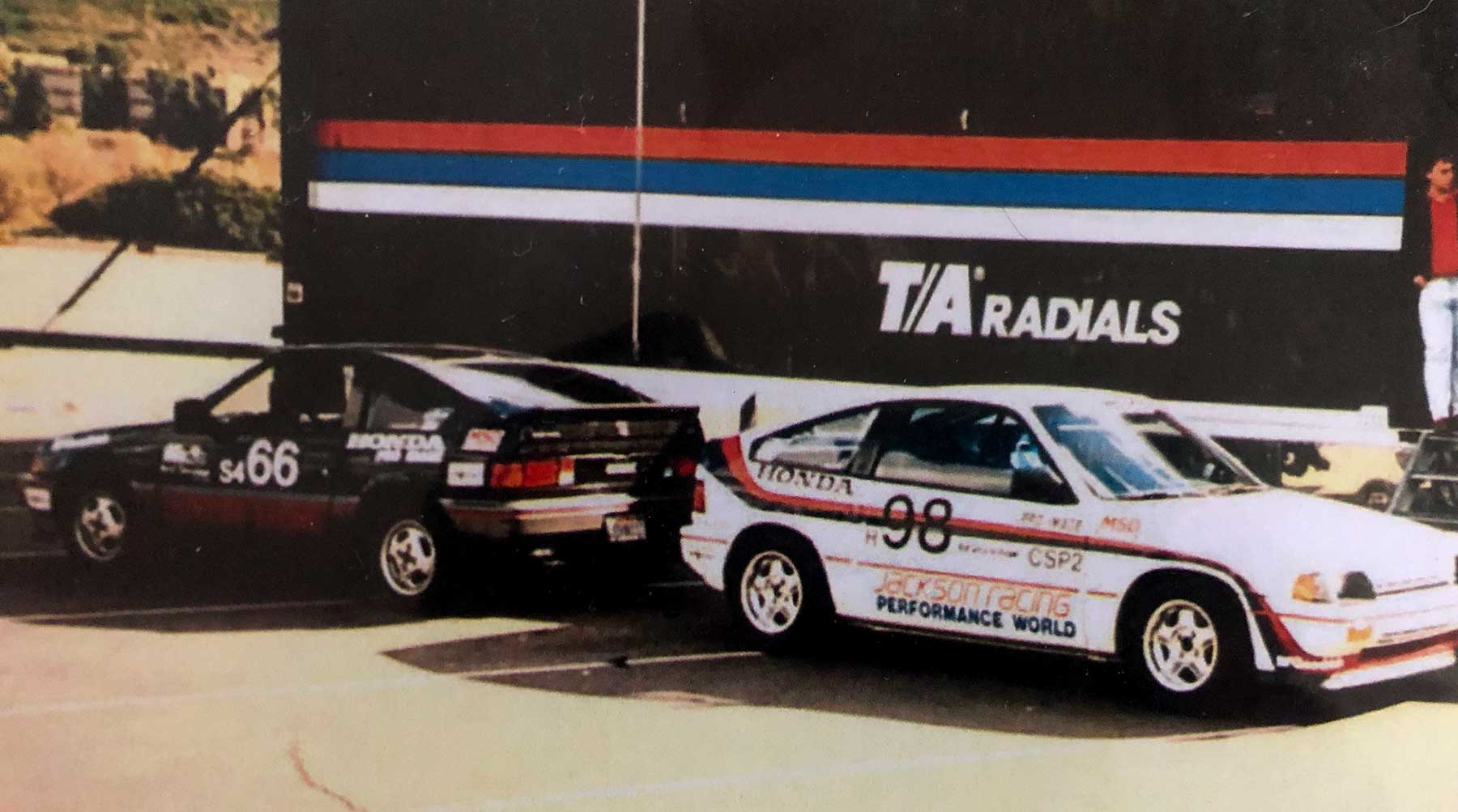