Develop Your Skills In Leadership

Commander Blythe Blakistone is a native of Bremerton, Washington and is a 2002 graduate of the United States Naval Academy where she earned a Bachelor of Science Degree in Ocean Engineering. In addition, she earned a Master of Arts degree in Organizational Leadership from Gonzaga University in 2009 and Master of Science degree in Information Systems Technology Management from Regis University in 2017.

Commander Blakistone commissioned as a Surface Warfare Officer and became an Information Professional Officer in 2013. She served operational tours as Electronics Warfare Officer, Anti-Submarine Warfare Officer, and Navigator onboard USS CHOSIN (CG 65), with two deployments to the Northern Arabian Gulf in Operations Iraqi Freedom and Enduring Freedom; as the Weapons Officer and Combat Systems Officer onboard USS KIDD (DDG 100), which deployed to the South China Sea, Indian Ocean, and Arabian Gulf; and as Combat Systems Officer onboard USS ABRAHAM LINCOLN (CVN 72), which deployed to the Mediterranean, the Northern Arabian Sea, and completed an Around the World deployment to shift to 3rd Fleet asset.

In addition to her afloat tours, she operationally served as an Individual Augmentee as the Headquarters Company Commander for the Iraq Assistance Group, Baghdad, Iraq; and as the Assistant Operations Officer and Training Officer at Naval Computer and Telecommunications Area Master Station Atlantic in Norfolk, Virginia.

Her previous shore tour assignments include: Naval Reserve Officer Training Corps Instructor at The University of Texas at Austin in Austin, TX; and as Project Manager, J6 Executive Assistant, and Aide-de-Camp for NORAD and USNORTHCOM in Colorado Springs, Colorado.

She is currently the Commanding Officer of Naval Special Warfare Tactical Communications Command ONE in Coronado, CA. Commander Blakistone is qualified as an Information Warfare Officer and Surface Warfare Officer.

She had the privilege of serving with teams who earned six Battle Efficiency awards, two Joint Meritorious 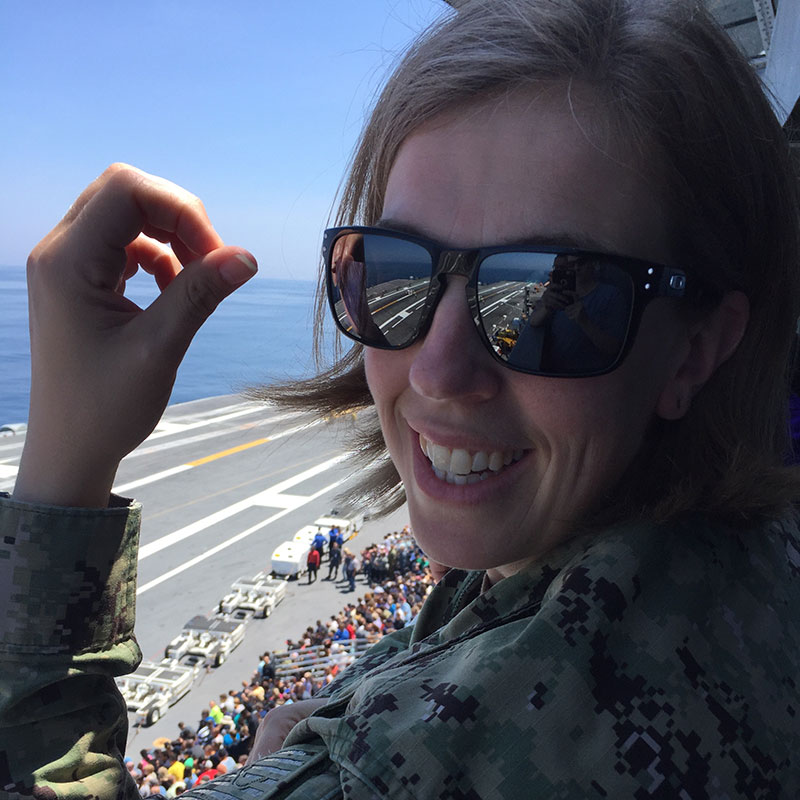